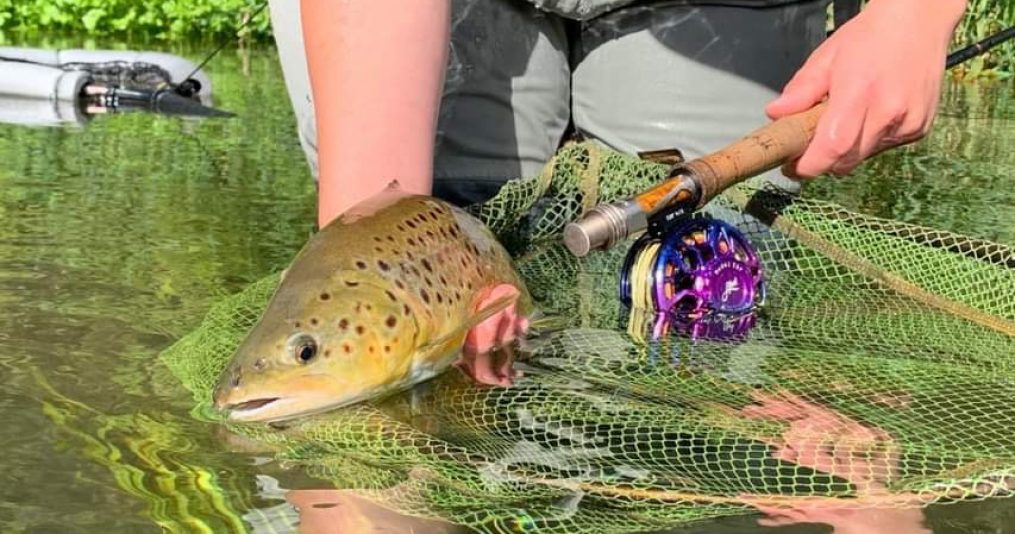 On Sunday afternoon I ventured out onto the river. I got my gear on and set my rod up with a silver tungsten, a fly that has worked well for me on my past couple of visits on the river. My first spot was just behind Copley village, a popular spot with the fly anglers. I spent about 5 minutes looking at the river and deciding where I was going to fish first. I chose to fish up-stream and let the flow of the river take my fly down. the weather conditions weren’t great, a strong wind made casting up-stream difficult at times.

I fished this area for around half an hour, with no luck I moved further up-stream to underneath the viaduct. but like my past outings in the past couple of weeks the trout were making no rises to give away their location.

After another half an hour or so with no more luck I decided get out of the river and walk further upstream. when I reached a stretch that I wanted to fish I change my fly, I put on the same style of fly but gold. with in 5 minutes I had caught a fish, not massive and not a trout, it was a grayling. 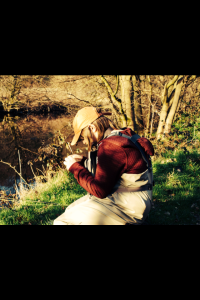 so after a frustrating afternoon I decided to call it a day.) next week I am fishing at Mere Beck near Southport.

I think a big thank-you should go to my dad who is my camera man when he isn’t fishing. (he was on dog walking duties)